He said he loves starry night skies right after I sent him a picture of the Milky Way splashed over a corn blue sky.

I said, sorry, I forgot to activate my bullshit detector.

He accused me of stalking him, since we seem to have so many things in common.

How does chemistry between two people work? Is there some kind of formula? Is there an antidote or a repellent when the unwanted approaches you like a cockroach? Or all we can do is allow the surge of hormones to wash us over again and again mercillessly like tsunamis?

There she goes again, singing but without a sound. I see she has the earphones on again. You should see her when she’s into a song. She will go on mouthing the lyrics, squinting her eyes and waving one hand along to the music. A silent show itself. At least for me.

The first time I was treated to this ‘attraction’ of hers, I caught her off guard at the hotel lobby our company was holding a convention at several years back.

It was still an hour before opening, but she was already at the reception desk. Placing guest lists in order, lining up the pens, notebooks and lanyards in front of her. She was in a world of her own. The obsessive compulsive kind? I shook my head and laughed as I sat in a chair lobby not far from her.

I could tell the song was upbeat by the way she was bopping her head. Sometimes, a smile would sneak up on her face. Perhaps the lyrics tickled her thoughts. Perhaps the song triggered a soft spot in her memories. Just for a split second, before her consciousness sets back in.

Funny how humans can feel they’re being watched. Is it some kind of instinct forgotten along the path of evolution? I was in the middle of lip syncing PM Dawn’s Set A Drift on Memory Bliss and there he was. He was giving me that killer smile again. My mouth stopped mid song. I hesitated for a few seconds before turning around and pretending to be busy with the goodie bags lined up behind me.

Sonya. Please, hurry up and get your lazy ass over here. I suddenly needed her around. Anyone actually, except for the guy who is probably walking over here right now.

Embarrassed, she turned around and began busying herself with the goodie bags behind her. I stood up to walk over and play with her some but my cellphone rang.

“Yes, Babe?” I answered, as my feet turned the opposite direction.

“Umm. If you haven’t any plans for tonight, Sonya’s fiancé has invited us over to his apartment for drinks and snacks.” I asked pinching the edge of my blazer nervously.

“But it’s ok. If you don’t want to.” I hurriedly said and turned on my heels, ready to catch up with the others.

“I have the earliest flight tomorrow, so before going out, I’d like to pack my things first. Could you wait, like for a round 30 minutes?”

Surprised, all I could do was nod.

“Earth to Sofie. Come in, Sofie.” I said  standing I front of her.

She hardly realized my precence, what with the earphones in her ears again. This time, she was singing a ballad it seemed. The forlorn expression and left hand over her left ear, gave it away.

I tapped her shoulder. She opened her eyes and blushed instantaneously.

I love how readable this girl is.

“Re-ready?” I said standing up, a bit dizzy at first for just having my eyes closed. Sing with you later, Alicia.

He nodded with an evident smile of victory in his face.

“Okay, let’s just get our coats. It’s chilly out.” I said walking ahead of him. “Greg’s apartment is just a few blocks from here. We’ll get there faster by foot.”

She hasn’t said a word since we left the hotel. It was like she said, chilly. Colorful city lights of many shapes and sizes brightened our way. Windows, store signs, megatrons, headlights, traffic lights.

She turned. White clouds of breath showed how she was forcing herself to walk too fast.

“I’m afraid your shoes might ask for a raise.”

Her cheeks turned pink as I took the chance to look into her slightly slanted eyes. She looked straight back into mine and just like that, Cupid had pierced open the old wound in my heart.

“Something wrong?” she then asked while I was enduring the sharp pangs caused by his arrow.

“Nothing. Nice barrette by the way.”

She touched the twinkling emerald green beetle shaped barrette on her head.

“Thanks, it was my mom’s.” she said solemnly.

“Yeah. She passed away 2 years ago last Friday.”

“Yes. When we were supposed to go on that trip together.”

“Yes. Sorry about that.”

“We’re here.” she said as we arrived in front of a tall and lanky bell-hop who was busy popping bubbles with his gum.

She hasn’t changed. She still loves doing the dishes, while softly singing song after song she knows by heart.

I stood there next to her, drying of the wet dishes. The space between us was warmer than hell.

Then my phone vibrated again.

“You might want to pick that up.” she said calmly as she let water overflow the glass cup she was rinsing.

Instead, I hugged her from behind. With all my might.

My phone vibrated between us several more times before it gave up.

And her wet fingers caressed the back of my hands. 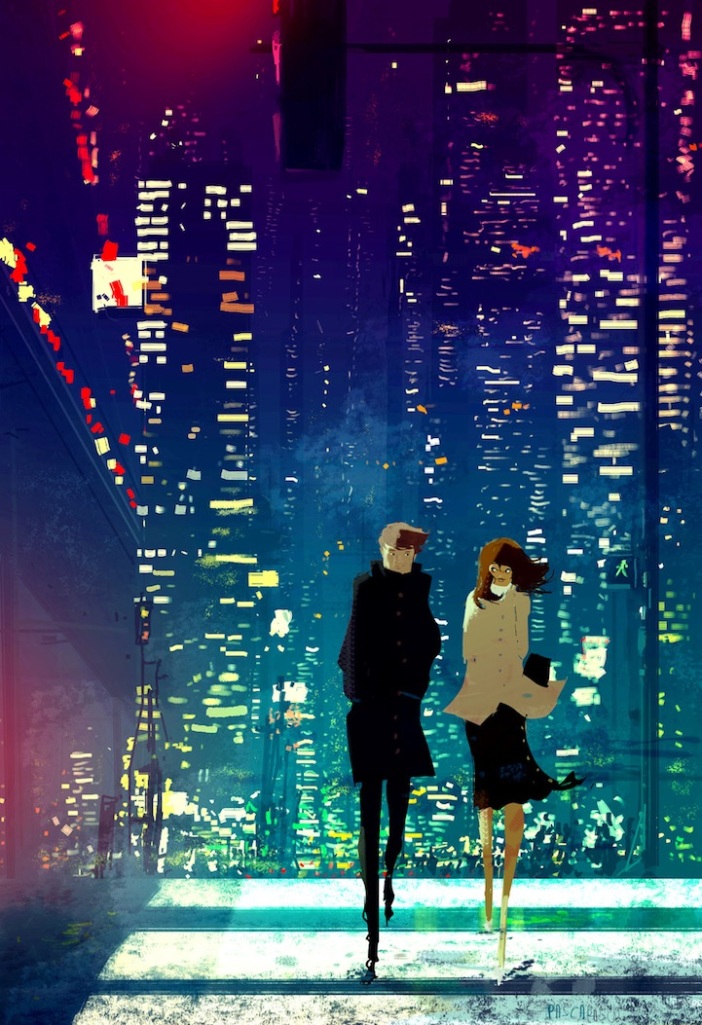